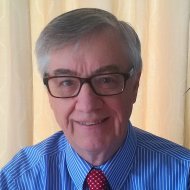 Dr. Purdy is Past - President of the Canadian Headache Society. He is the Chair of the Education Committee of the International Headache Society and is on the Board of Directors of the both Societies. He directs headache educational courses worldwide, and has received Excellence in Teaching Awards on many occasions. He has been involved in guideline develop for the treatment of migraine and has been involved in clinical research in migraine and has several publications.