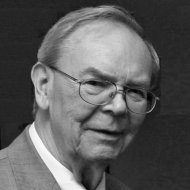 The foundation of IHS started with a scientific meeting in Kiel, Germany, in 1982, organised by Dieter Soyka. An international working group formed at that meeting founded IHS in London in September 1982 and elected Dieter Soyka as the first President. He remained President until the first International Headache Congress in Munich in September 1983 which he also organised. Without him, IHS would not be the unique international scientific society for headache research and headache treatment it is today.

Dieter Soyka was born on 9 November 1929 in Berlin, Germany, where he grew up and went to school. He started his medical studies at the Humboldt University in Berlin in 1947 and moved to the Free University Berlin in 1951 where he received his MD in 1953. Dieter Soyka worked as a clinician in several hospitals in Berlin during 1954 to 1962. He became a specialist in neurology and psychiatry, and in 1962 moved to the University of Erlangen where he started his scientific career. In 1966, he received the venia legendi for neurology and psychiatry, and in 1972 he received a professorship at the University of Erlangen.

In 1973, he became the first Chairman of the Department of Neurology at the Christian-Albrecht-University in Kiel after separating neurology from psychiatry. Untiringly he shaped the Department's development and, already at the start of his tenure, focused on widespread neurological disorders such as headaches as well as cerebrovascular disorders. Groups studying migraine and headaches were not established in Germany at that time. Dieter Soyka recognized the need to stimulate and encourage research in this area. From 1981 to 1982 he was Dean of the Faculty of Medicine at the University. He retired in 1995, but remained active until recently as editor of a scientific journal and reviewer of several papers.

Dieter Soyka organised several conferences and scientific publications in order to spread knowledge on headache and, in particular, on migraine. Even in his last years, he regularly attended meetings and congresses of the scientific societies for headache research. His advice and his knowledge were well received by the younger generation. Several of the students and fellows who were educated at his department are now working as worldwide well-known headache and pain researchers. His lectures at the University were always overcrowded, and he regularly received the students' award for the best Professor of the Faculty. Over his long career, Dieter Soyka wrote 11 scientific books and more than 250 scientific papers.

Dieter Soyka not only co-founded IHS, he was also first President of the German Migraine and Headache Society (founded in 1979) and first President of the German Interdisciplinary Association for Pain Therapy. In both societies he became an Honorary Member after his active years as President. He was also the first representative of the Migraine and Headache Research Group in the World Federation of Neurology.

Besides Dieter Soyka's intense activities for the improvement of headache research, he was also committed to improving patient care. Dieter Soyka founded the first interdisciplinary pain conference in Kiel in 1985. He saw the need for establishing a dedicated outpatient service for pain disorders and established the first headache clinic at a University Neurology Department.

From the very beginning, he recognised that headache and pain treatment is an interdisciplinary challenge, requiring the involvement of several professional groups. In particular, he aimed to combine clinical neurological research, laboratory research, and psychological research to better understand headache mechanisms and improve headache treatment.