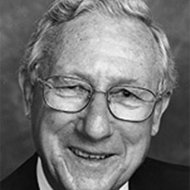 James (Jim) Waldo Lance was Professor of Neurology (Personal Chair) at the University of New South Wales in Sydney from 1975 to 1992. Earlier, he had been Senior Lecturer in Medicine (1961–1963) and Associate Professor of Medicine (1964–1974). Jim was not only interested in headache. He was, for example, also the foundation President for the Australian Movement Disorder Society.

The IHS will always remember Jim, as he was among its founders. Already at the first meeting in March 1980, invited by Federigo Sicuteri in Florence, Jim participated among about 20 international researchers who expressed the wish to find a specific scientific society dedicated to headache. This meeting directly led to the foundation of the IHS in 1982.

Jim was the fourth President of the IHS from 1987 to 1989. He chaired the fourth International Headache Congress in 1989 in Sidney. In 2015, Jim received the IHS Special Recognition Award for his important contributions to headache medicine. This award was presented at the International Headache Congress in Valencia. Many of us still remember Jim being around and talking to the audience and to many of us privately.

Also, other headache societies recognized Jim’s contribution to headache medicine by several awards. He received, among others:

Jim had a keen interest in both clinical headache medicine and a strong basic science involvement. He was a master clinician: Both an astute and detailed history-taker, and as elegant at physical examination as one would ever hope to see. He was a member of the Headache Classification Committee for the first and second editions of the International Classification of Headache Disorders (ICHD). Under his presidency, the first edition of the ICHD was published in 1988. He described several headache syndromes and invented new terms; for example, he was the first to describe headache associated with sexual activity as a distinct headache disorder. He coined the term Harlequin Syndrome, characteristically taking advantage of one of his greatest loves, his children and one of their toys. He published over 200 papers and many more book chapters and abstracts, mostly in an era without a word processor. He wrote books, the classical A physiological approach to clinical neurology with his colleague Jim McLeod, the very accessible Mechanism and management of headache, and The golden trout for his five children, 19 grandchildren, and one great-grandchild and the many more to come.

In Australia and New Zealand, Jim was active in fostering neurology and headache medicine. He was the first physician appointed as a neurologist in Australia and the first Professor of Neurology. He was one of the founding members of the Brain Foundation and later of Headache Australia as part of the Brain Foundation. He and his associates have devoted themselves to the understanding and treatment of migraine and other headaches since 1965. The ANZAN Young Investigator Awards, named in his honour since 2003, will continue to remind the region of his great joy in encouraging young people into research.

Jim was a very respected and admired person in the community. He was Commander of the Order of the British Empire (CBE) and Officer of the Order of Australia (AO). Jim was, as his daughter described him at his memorial service, unfailingly polite. This was applied to all he met, in all circles, at all times. It is said one mark of a person is how they behave to those who can do them no advantage; by this mark, Jim Lance passed muster at the highest level. He was always considerate and thoughtful even when faced with braggadocious assertions, politely suggesting further reading or the possibility of another interpretation. He had a wonderful sense of humour; especially quick-witted, his quips are now legend. When the term “short-lasting neuralgiform headache attacks with conjunctival injection and tearing” was first mooted, it was he who remarked “the names get longer as the attacks get shorter”.

Jim and, as he described her – his wonderful love – Judy, were most gracious hosts. During his career, he would host a yearly party for the department, research staff and visitors. Good cheer, his stories, his children helping and Judy at the helm, a view of Sydney Harbour and a glimpse of work-life balance at its most splendid before the term was invented.

Jim's contribution to neurology and in particular to headache medicine is an important part of the legacy of his great life, experienced to the full. His legacy in the world of headache is safe: As long as clinicians are taking a careful history and trying to understand the why and how of the patients they seek to serve, his contributions will endure. He was a doctor to his patients, a physician-teacher to his students and a clinician-scientist to the diseases he sought to ameliorate.

Headache medicine was better with him, sadder without him, yet always greater for him.