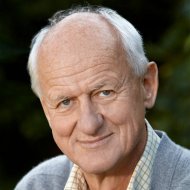 Jes Olesen was Associate Editor of Cephalalgia from 1980-1986 and Pain from 1986-1990. He has been on the Editorial Boards of Clinical Neuro­logy and Neurosurgery, Functional Neurology, Journal of Cerebrovascular Blood Flow and Metabolism, Acta Neurologica Scandinavica, Current Opinions in Neurology, European Neurology and the European Journal of Neurology.

Jes Olesen has published over 400 papers in refereed journals and over 200 papers in books, congress proceedings etc. Has edited or written 33 books, of which 'Basic mechanisms of headache' and 'The headaches' first, second and third edition are internationally acknowledged reference volumes. Has initiated and supervised 16 defended doctoral dissertations and 25 PhD dissertations. Each year is an invited speaker at several international meeting and has organised 19 international congresses or symposia. Citations: 17211      H-Factor: 70