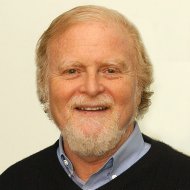 Michael A Moskowitz, MD, MSc (Hon), FAAN, FAHS is Professor of Neurology at Harvard Medical School and a Member of the Affiliate Faculty of the Harvard-MIT Division of Health Sciences & Technology. He is Board Certified (Neurology, Internal Medicine) and trained at Yale, and at the Harvard-Longwood Neurology Program, respectively followed by 7 years on the Massachusetts Institute of Technology faculty and 31 years at the Massachusetts General Hospital (MGH) in Boston. His research interests focus on translational mechanisms in migraine and stroke. His bibliography includes 505 scientific publications and 45,000 literature citations. Public URL: http://scholar.google.com/citations?user=kXGyzFMAAAAJ

He is listed among the highly cited scientists in Neuroscience. He holds more than a dozen patents and is Director of Stroke and Neurovascular Regulation Laboratory at MGH. He trained more than 100 postdoctoral +6 PhD candidates. His laboratory is credited with discovering the sensory innervation to the circle of Willis (1981), its transmitter tachykinins (1983), and anti-migraine 'triptan' receptors expressed on meningeal afferents (1988-1994). His group is also recognized for demonstrating the importance of neurogenic vasodilation and protein leakage to migraine (1988), and for providing the most technically advanced demonstration of cortical spreading depression in human brain (2001). His laboratory recently provided the first experimental evidence linking cortical spreading depression to trigeminal activation (2002) and provided the first evidence showing that migraine prophylactic drugs suppress cortical spreading depression, as a coherent action (2006). Awards include the Zülch Prize from the Max Planck Society; Thomas Willis Award, American Stroke Association; Decade of the Brain Lecture, American Academy of Neurology; the Ottorino Rossi Award; Bristol-Myers Research Award in Pain and Neuroscience; Soriano Lecturer American Neurological Association among others. He served as Scientific Advisory Board, Chairman, Max-Planck-Institute, Cologne Germany (2000-2006) and for the Humboldt University Berlin Stroke Research Center (2007-2011), and was recently appointed to the LeDuq Foundation SAB. He served as President of the International Society for Cerebral Blood Flow and Metabolism (2001-2003), the President of the IHS, and Board of Directors of the AHS. He was the recipient of the William Silen Award, Harvard Medical School, Lifetime Achievement in Mentoring in 2007. Recently, he was appointed by the Secretary of Health to the Interagency Pain Research Coordinating Committee commissioned by the Institute of Medicine to evaluate pain research portfolios for all USA government agencies (2011-2014).