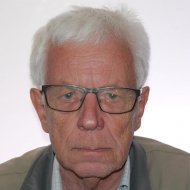 Peer Tfelt-Hansen, MD, DMSc, is a retired consultant, Department of Neurology, and Danish Headache Headache Centre, Rigshospitalet-Glostrup Hospitals, Glostrup, Denmark. He received his MD in 1971, had general medical training until 1978, when he jointed the Acute Headache Clinic at Rigshospitalet with Jes Olesen as supervisor. He defended his thesis “ the effect of ergotamine on the arterial system in man” in 1986 at the University of Copenhagen and has since then been involved in mostly headache research but also general neurological research.

Peer Tfelt-Hansen has been President of the Danish Headache Society, and the Danish Neurological Society.

According to PubMed he has published 243 paper, comments and letters to the editor. He was a co-editor of the 3 editions of “The Headaches”.