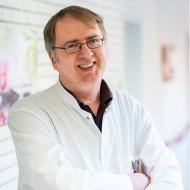 He has published more than 220 scientific papers and several book chapters and books on headache and migraine, pain research, and general clinical neurology. Besides pain, special fields of interest are epilepsy, stroke, neuromanifestations of HIV infection, and the neurobiology of music.